And so, once again, timing appears to be everything. I often listen to a collection of classical and folk music while I write (it is almost seven hours long). I usually listen to the same play list but I had chosen my secondary list for today’s writing session. Had not listened to it for many months. So I was surprised at the tears that came today while writing a particularly emotional scene and I recognized that a different orchestration of a specific piece of music was playing while I wrote this emotionally charged scene. I did not know I had two orchestrations of Tomaso Albinoni’s Adagio in G Minor/Major. (Yep, one is in G Major and the other in G minor) The one on my usual play list is with James Galway playing the flute as the lead instrument with lots of organ. The other list has it in G Major with a violin playing the lead. The intensity of the violin lead was more subtle, thus the reason I did not immediately recognize the piece, but still it brought me to tears and the timing of it astonishes me. I must “need” to have that piece at certain times to bring about the appropriate emotional response in me to get the words right. I hope readers will get as emotional as I do when they read this scene. And if this series is ever made into a movie, Albinoni’s Adagio will have to be part of the sound track. (see below for interesting facts)
And I am awed by the fact that this piece has consistently played when I need it. I have never planned to play it or timed my writing so it plays at a particular moment. It just appears. And this time it was on a collection and in an orchestration I didn’t even know or remember that I have. Perhaps the Stones of Lrakira, Teramar, and Thiwa’he have something to do with it. (Wouldn’t put it past them, but how do they do it?)
I wonder if other writers have similar experiences. How does your environment, particularly music affect your writing? Does it? What are your favorites?

Oh, hey, guess what? I did a little research and this piece has a confusing, controversial, and sordid past. Kind of fun to read about. It has been used often in movie soundtracks and has been adapted for a variety of instrumentations and keys. Does this really matter in my case? No. It does not matter to me who composed it. What matters to me is that it has provided background emotion and tension when I am writing tense and emotional scenes. And it freakishly comes on without my planning or expecting it to. The fact that one of the recordings I have is adapted for violin and orchestra in G Major (thus the reason it is less intense and therefore was more difficult for me to recognize until I reached the end of the scene at the end of the piece and I realized I was crying. The G Minor piece with James Galway’s version adapted for organ & Flute, which is in the collection list I most often have listened to while writing is way more intense and heart rending – my opinion. Should this lead us to discuss how minor and major musical keys affect an audience and the overall ambiance of a musical piece?). Enjoy reading about this controversial piece of music. Google Tomaso Albinoni’s Adagio in G Minor and listen to a variety of renditions then choose your favorites and use them to set the mood for your next scene. 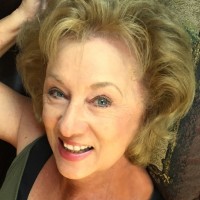 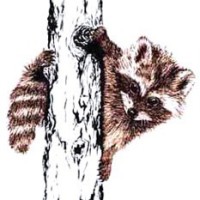